Inspired by the Masterpiece “Gettysburg, 20th Maine Little Round Top” by Bill Horan, this work was commissioned by the Suncoast Center for Fine Scale Modeling of Tampa.

All figures are dressed from head to foot with Battle Gear Toys items, on which have been made some small improvements. The uniforms were subsequently dirtied and aged.
Some of  faces have been reshaped before being repainted, such as the shooting Sergeant, to which was reshaped the right cheek and the left eye.

On display at the Suncoast Center For Fine Scale Modeling, Tampa (FLA) 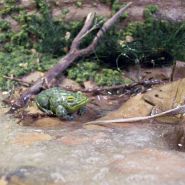 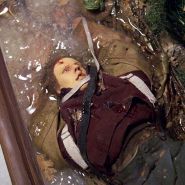 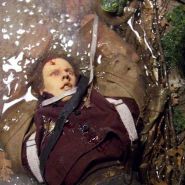 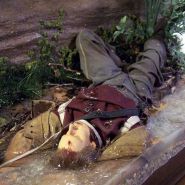 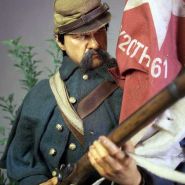 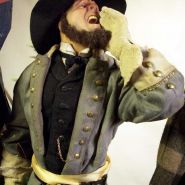 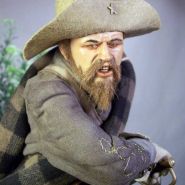 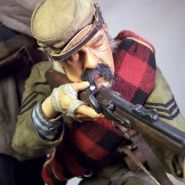 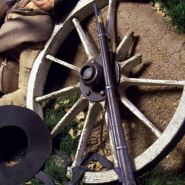 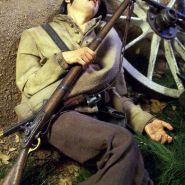 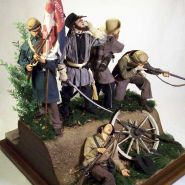 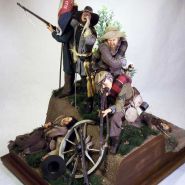 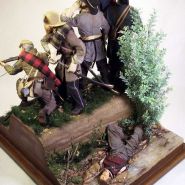 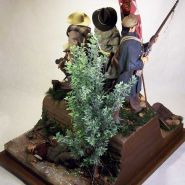