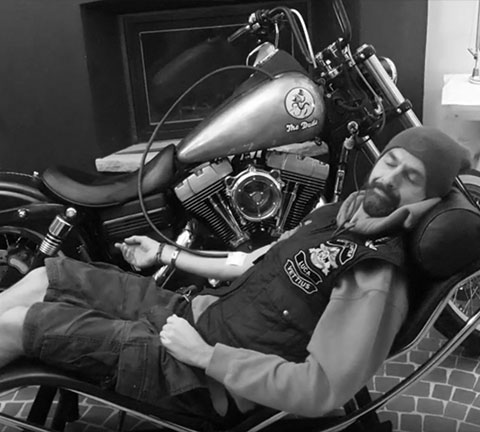 I was born in Rome, breathing deeply in her atmospere full of ancient magnificence and carbon monoxide. My artistic disposition is the result of that exclusive mix. After graduating in Figurative Arts and, shortly after, in Graphic Design, I've switched between the professions of illustrator and editorial graphic designer. Here the effects of the aforementioned mix.
To Rome I owe my love for history and, particularly, war history. Through the ages indeed, many an army has camped under her walls, waiting for the "Grande Meretrice" to concede herself to them. In my readings I've marched in the ranks of the Legion, following the banner of the Eagle through foreign lands, for the Glory of Rome.
Two thousand years after, I've found myself pushing through the cheering crowd to see general Clark, come to free the Eternal City from the nazi-fascist hold...
The passage from books to the creation of military models was quick.
A little slower was, on the other hand, the process to transform this hobby into an proper job, with the creation of models destined to museums and private collections all around the world.