The Murmillo (also sometimes spelled mirmillo or myrmillo, pl. murmillones) was a type of gladiator during the Roman Imperial age. The murmillo-class gladiator was adopted in the early Imperial period to replace the earlier Gallus, named after the warriors of Gaul.

Wore a helmet with a stylized fish on the crest (the Mormylos or Sea fish), as well as an arm guard (Manica). They carried a gladius and an oblong shield in the Gallic style. They were paired with Hoplomachi or Thraces.

The Retiarius (plural retiarii; literally, “net-man” or “net-fighter” in Latin) was a gladiator who fought with equipment styled on that of a fisherman: a weighted net (Rete, hence the name), a three-pointed trident (Fuscina or tridens), and a dagger (Pugio). The Retiarius was lightly armoured, wearing an arm guard (Manica) and a shoulder guard (Galerus). Typically, his clothing consisted only of a loincloth (Subligaculum) held in place by a wide belt, or of a short tunic with light padding. He wore no head protection or footwear.

Both figures have been totally modeled with Fimo and painted with acrylics and pigments. Even the base has scratchbuilt. 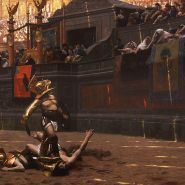 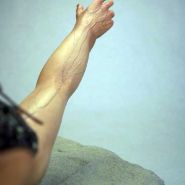 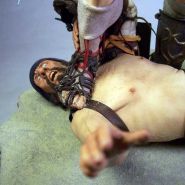 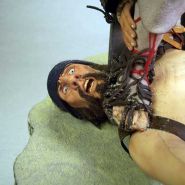 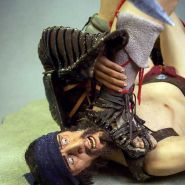 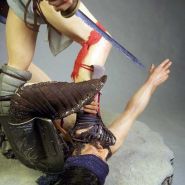 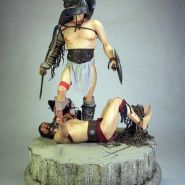 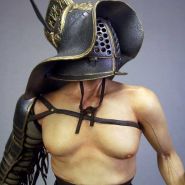 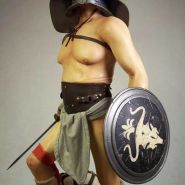 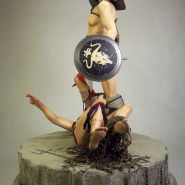 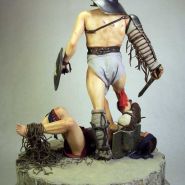 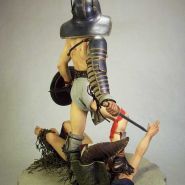 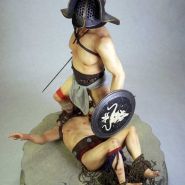 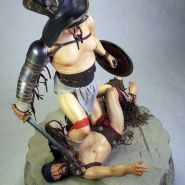 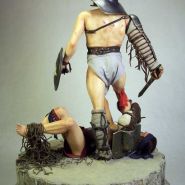 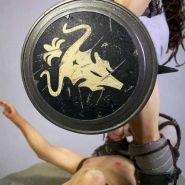 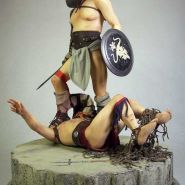 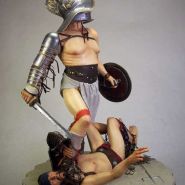