Legio Nona Hispana (Ninth The Spanish Legion) was a Roman legion which operated from the 1st century BC until the mid-2nd century AD. The legion fought in various provinces of the late Roman Republic and early Roman Empire but was then stationed in Britain following the Roman invasion in 43 AD. The legion disappears from Roman records in the first half of the second century, but there is no account of what happened to it.

The mysterious fate of the legion has been the subject of considerable interest and research. It was last definitely recorded in York in 108. One theory was that the legion was destroyed in action in northern Britain some time around 120, perhaps during a rising of northern tribes. This view was popularized by the 1954 novel The Eagle of the Ninth in which the legion is said to have marched into Caledonia (Scotland), after which it was “never heard of again”

This theory was thought to have been discredited when tile stamps later found in Nijmegen appeared to show that the legion was still based there between 121 and 130. However, this evidence has been disputed. Other possibilities are an end in the Bar Kokhba revolt or in Armenia in 161. In any event, the Ninth does not appear in a list of legions compiled in 165.

This diorama was realized for the Suncoast Center for Fine Scale Modeling, using exclusively Kaustic Plastik box set and accessories. 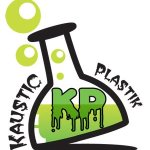