The Battle of the Bulge (16 December 1944 – 25 January 1945) was a major German offensive campaign launched through the densely forested Ardennes region of Wallonia in Belgium, France, and Luxembourg on the Western Front toward the end of World War II in Europe. The surprise attack caught the Allied forces completely off guard. United States forces bore the brunt of the attack and incurred their highest casualties for any operation during the war. The battle also severely depleted Germany’s armored forces on the western front, and Germany was largely unable to replace them. German personnel, and later Luftwaffe aircraft (in the concluding stages of the engagement), also sustained heavy losses.

Different forces referred to the battle by different names. The Germans referred to it officially as Unternehmen Wacht am Rhein (“Operation Watch on the Rhine”) or usually Ardennenoffensive or Rundstedt-Offensive, while the French named it the Bataille des Ardennes (“Battle of the Ardennes”). The Allies called it the Ardennes Counteroffensive. The phrase “Battle of the Bulge” was coined by contemporary press to describe the way the Allied front line bulged inward on wartime news maps and became the most widely used name for the battle.

The German offensive was supported by several subordinate actions including Operations Unternehmen Bodenplatte, Greif and Währung. As well as stopping Allied transport over the channel to the port city of Antwerp, these operations were intended to split the British and American Allied line in half, so the Germans could then proceed to encircle and destroy four Allied armies, forcing the Western Allies to negotiate a peace treaty in the Axis Powers‘ favor. Once that was accomplished, Hitler could fully concentrate on the eastern theatre of war.

The offensive was planned by the German forces with utmost secrecy, minimizing radio traffic and moving troops and equipment under cover of darkness. Intercepted German communications indicating a substantial German offensive preparation were not acted upon by the Allies.

The Germans achieved total surprise on the morning of 16 December 1944 due to a combination of Allied overconfidence, preoccupation with Allied offensive plans, and poor aerial reconnaissance. The Germans attacked a weakly defended section of the Allied line, taking advantage of heavily overcast weather conditions, which grounded the Allies’ overwhelmingly superior air forces. Fierce resistance on the northern shoulder of the offensive around Elsenborn Ridge and in the south around Bastogne blocked German access to key roads to the northwest and west that they counted on for success. Columns of armor and infantry that were supposed to advance along parallel routes found themselves on the same roads. This and terrain that favored the defenders threw the German advance behind schedule and allowed the Allies to reinforce the thinly placed troops. Improved weather conditions permitted air attacks on German forces and supply lines, which sealed the failure of the offensive. In the wake of the defeat, many experienced German units were left severely depleted of men and equipment, as survivors retreated to the defenses of the Siegfried Line.

The Germans’ initial attack included 200,000 men, 340 tanks and 280 assault guns. These were reinforced a couple weeks later, bringing the offensive’s total strength to 300,000 troops, 1,500+ tanks and assault guns, 2,400 aircraft, and several thousand field guns and mortars. Between 67,200 and 125,000 of their men were killed, missing or wounded. For the Americans, 610,000 men were involved in the battle, of whom 89,000 were casualties, including up to 19,000 killed. Along with the Battle of Okinawa and the Battle of Luzon, it was one of the largest and bloodiest battles fought by the United States in World War II (font Wikipedia). 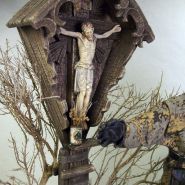 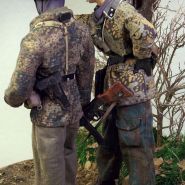 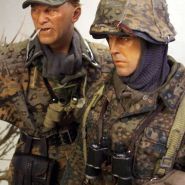 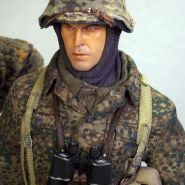 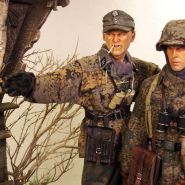 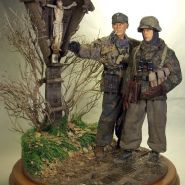 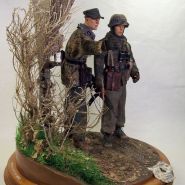 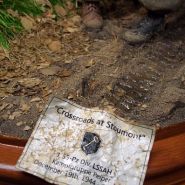