The Italians occupied Cyrenaica during the Italo-Turkish War in 1911 and declared it an Italian protectorate on 15 October 1912. Three days later, the Ottoman Empire officially ceded the province to the Kingdom of Italy. On 17 May 1919, Cyrenaica was established as an Italian colony, and, on 25 October 1920, the Italian government recognized Sheikh Sidi Idriss as the leader of the Senussi, who was granted the rank of Emir until in 1929. In that year, Italy “derecognized” him and the Senussi. On 1 January 1934, Tripolitania, Cyrenaica, and Fezzan were united as the Italian colony of Libya.

The Italian fascists constructed the Marble Arch as a form of an imperial triumphal arch at the border between Cyrenaica and Tripolitani near the coast.

There was heavy fighting in Cyrenaica during World War II between the Allies and the Italian Army and the Nazi German Afrika Korps. In late 1942, the armed forces of the British Empire overran Cyrenaica, and the United Kingdom administered all of Libya through 1951, when the Kingdom of Libya was established and granted independence (font Wikipedia).

I had a rather marginal role in this work, in fact the actual author, is my friend Lucio Cecchetti, who has created piece by piece, the Benelli motorcycle and other scenic elements.
So, I have limited myself to modeling and painting the figure. But I was still very happy to participate at this great project! 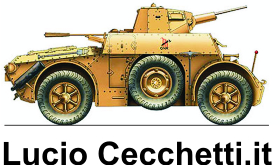 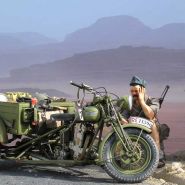 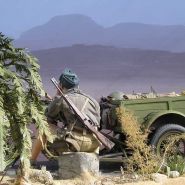 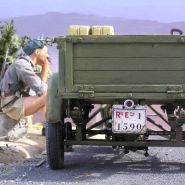 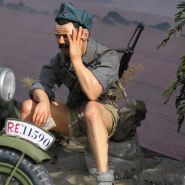 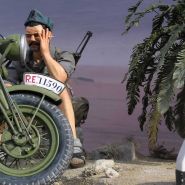 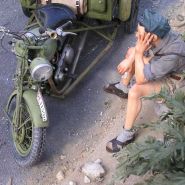 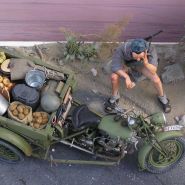 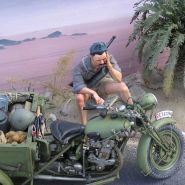 Stationed in Moguntiacum, Germania Superior, since AD 9, XIV Gemina Martia Victrix was one of four legions used by Aulus Plautius and Claudius in the Roman invasion of Britain in 43, and took part in the defeat of Boudicca in 60 or 61.

This was the battle that would send them down in history as one of the greatest Roman Legions.

At the stand at Watling Street the 14th defeated Boudicca’s force of 230,000, according to Tacitus and Dio, with their meager force of 10,000 Legionaries and Auxiliaries.

This act secured them as Nero’s “most effective”, and kept them garrisoned in Britain during the next few years to keep the uneasy tribes in check. After which, in 68 it was stationed in Gallia Narbonensis (font KP).

Result of the first cooperation with Italian brand Kaustic Plastik, “Valerius” has required very few changes, given its high quality standards. Were limited to remodeling and painting of the body parts exposed.
Base: scratchbuilt. 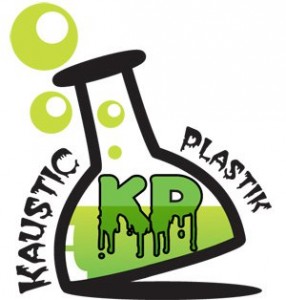 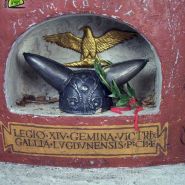 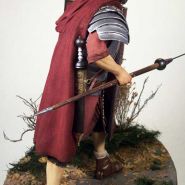 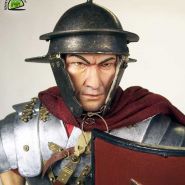 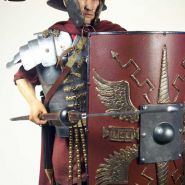 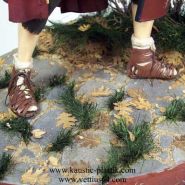 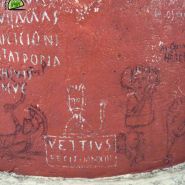 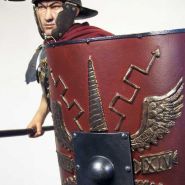 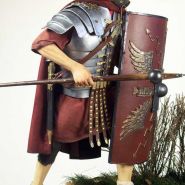 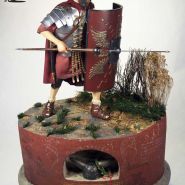 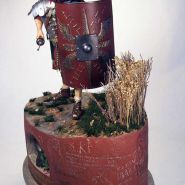 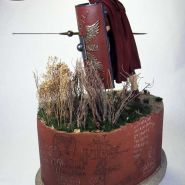 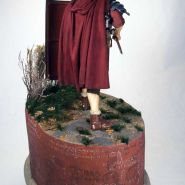 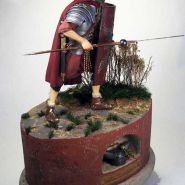 This project that’s now on display at the Suncoast Center of Fine Scale Modeling,  was inspired by a photo taken during the fighting near Stavelot (Belgium), during the Battle of the Bulge.
The crew it’s created by me, the M10 Tank Destroyer was built by John Grima (www.eastcoastarmory.com), the details, building section, weathering and diorama was built by Dave Revelia (www.finescalemodeling.org) 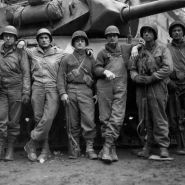 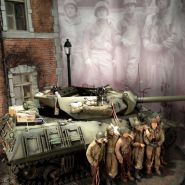 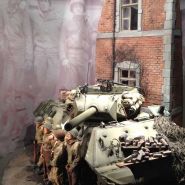 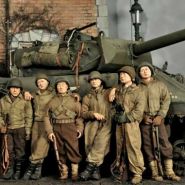 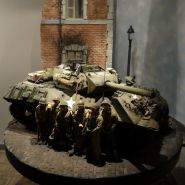 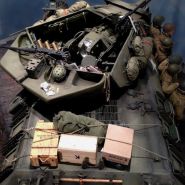