The regiment was raised as the first of the new regiments of light dragoons in 1759, and named Elliots Light Horse, after George Augustus Eliott, 1st Baron Heathfield who had raised the regiment. It was then renamed the 15th Regiment of (Light) Dragoons. In 1759 the 15th was the first unit in the British Army to be awarded a battle honour “Emsdorf” for the Battle of Emsdorf in the Seven Years War. Other more senior units then applied to be awarded battle honours for previous campaigns and battles.
In 1766 they were renamed for George III as the 1st (or The King’s Royal) Regiment of Light Dragoons, the number being an attempt to create a new numbering system for the light dragoon regiments. However, the old system was quickly reestablished, with the regiment returning as the 15th (The King’s) Regiment of (Light) Dragoons in 1769. They became hussars in 1807, as the 15th (The King’s) Regiment of (Light) Dragoons (Hussars).

Kitbash from DID’s box .Head repainted with acrylic and pigments. 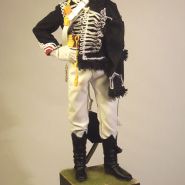 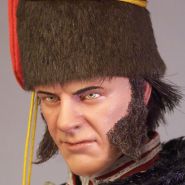 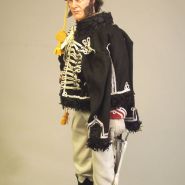 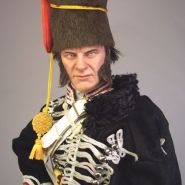 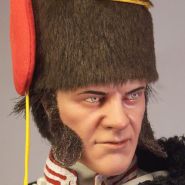 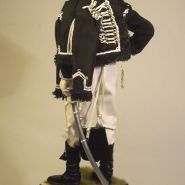